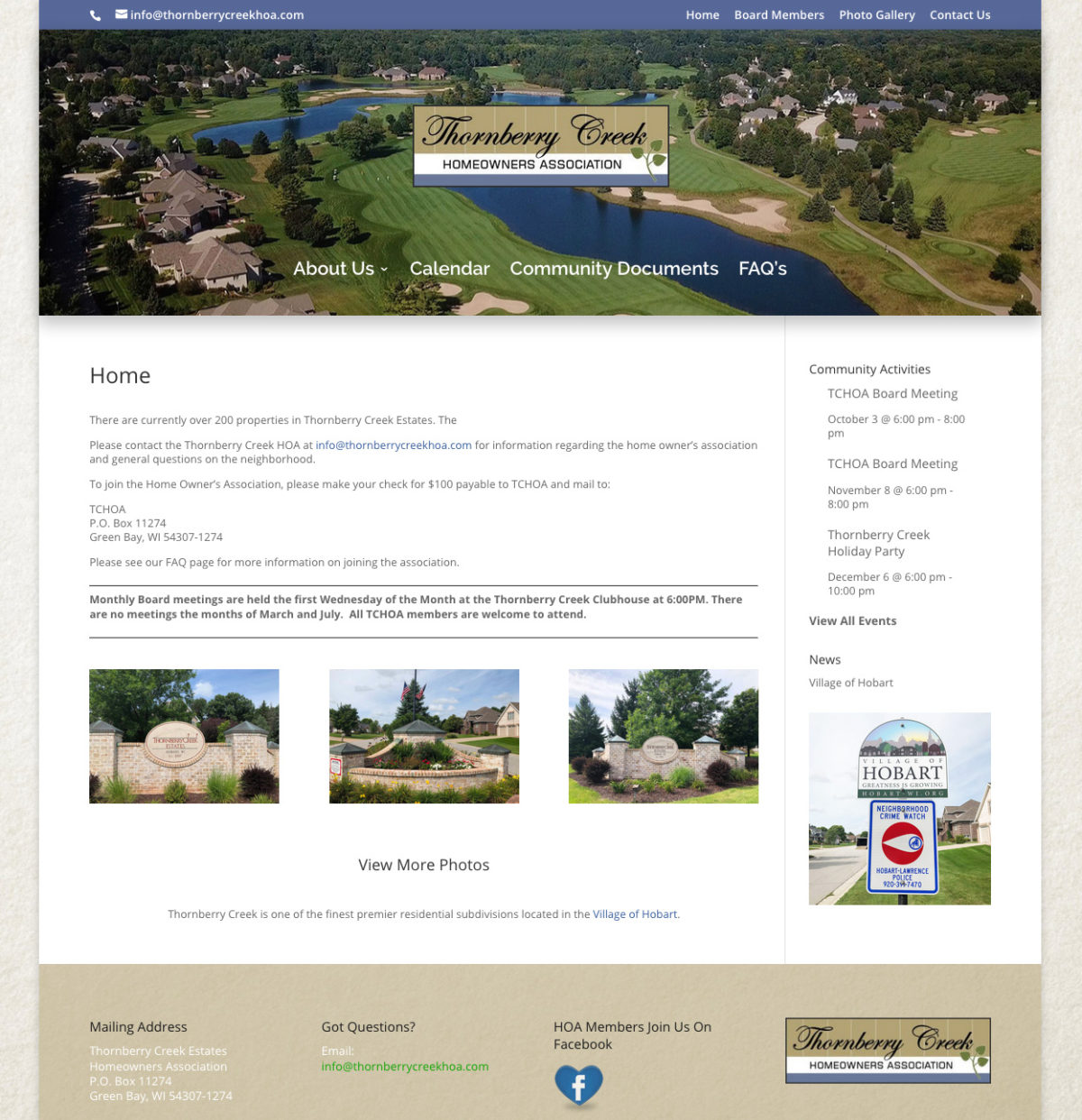 Monthly Board meetings are held the first Wednesday of the Month at the Thornberry Creek Clubhouse at 6:00PM. There are no meetings the months of March and July.  All TCHOA members are welcome to attend.

The Village includes 33 square miles of sheer beauty in its prestigious neighborhoods, rolling farms and growing business economy. We have over 8,500 residents are growing at a faster rate than any other municipality in Brown County. In Hobart you will find yourself steeped in rolling land of lush greenery and lovely homes surrounding spacious golf courses and a growing commercial sector.

Tribal members discovered during the allotment era that having land required roads, so from 1892 until 1908 Oneida tribal members pleaded with Brown and Outagamie County Supervisors to establish and incorporate towns, so that municipal tax could be collected for the creation of roads and schools.  In 1908, the Town of Hobart was created and became local authority. By the early 1900’s numerous European settlers obtained land within the Town of Hobart, joining with Oneidas for the area’s primary use of the land – farming.

As time passed and population grew, so did the needs of the residents.  The local government responded by graduating to a village in 2002.

Today, the Village of Hobart is an important part of the Green Bay regional community, is located next to the Austin-Straubel Airport, and just minutes from rail and shipping resources along Lake Michigan. 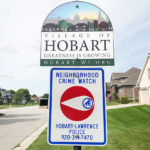 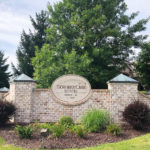 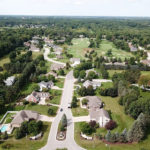 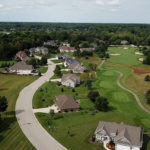 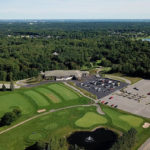 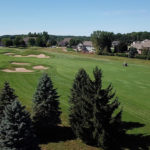 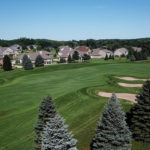 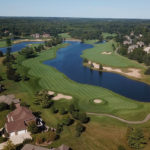 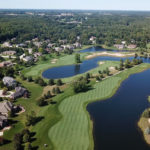 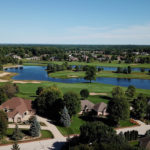 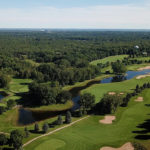