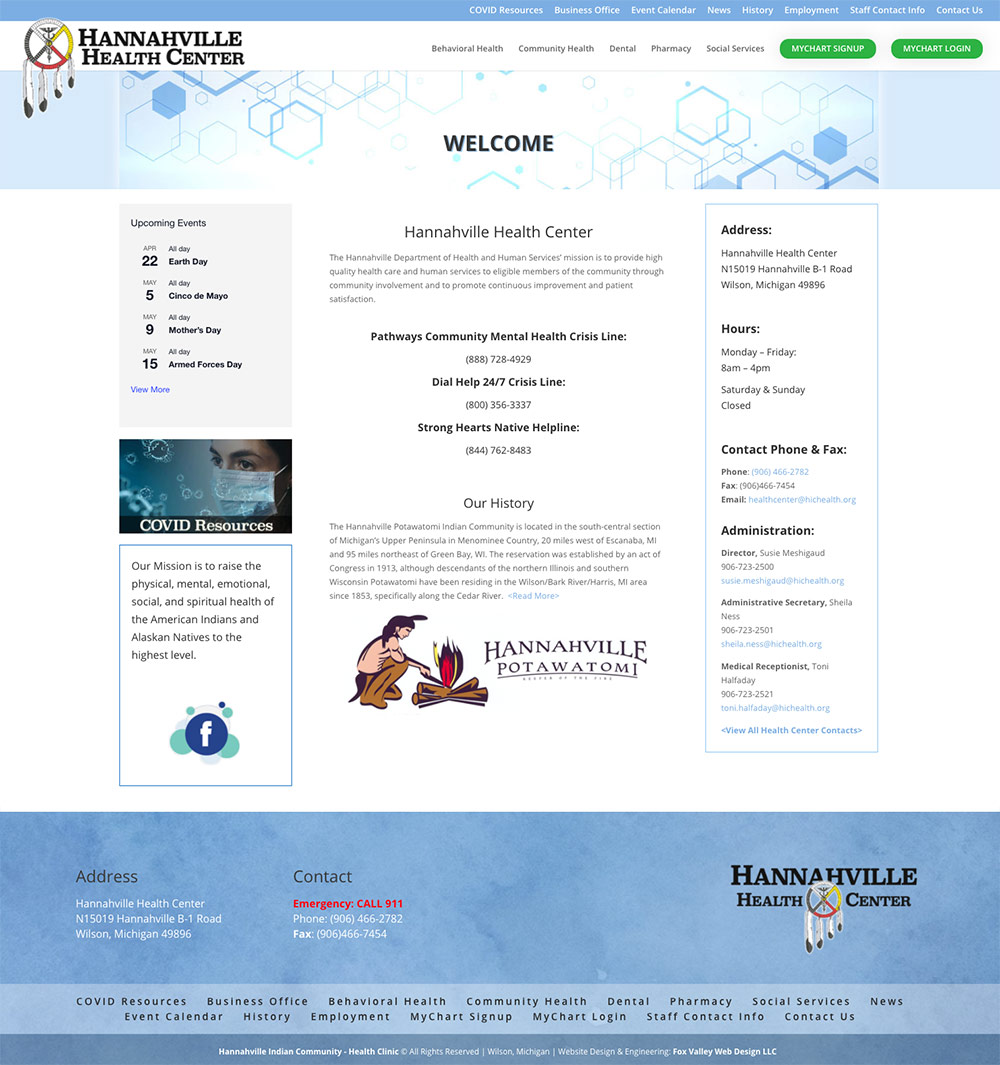 Our Mission is to raise the physical, mental, emotional, social, and spiritual health of the American Indians and Alaskan Natives to the highest level. 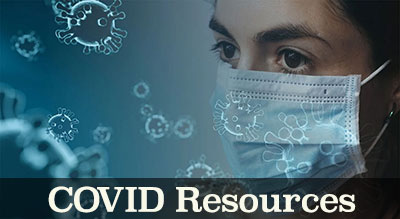 The Hannahville Department of Health and Human Services’ provides high quality health care and human services to eligible tribal members of the community through community involvement and to promote continuous improvement and patient satisfaction.

The Hannahville Potawatomi Indian Community is located in the south-central section of Michigan’s Upper Peninsula in Menominee Country, 20 miles west of Escanaba, MI and 95 miles northeast of Green Bay, WI. The reservation was established by an act of Congress in 1913, although descendants of the northern Illinois and southern Wisconsin Potawatomi have been residing in the Wilson/Bark River/Harris, MI area since 1853, specifically along the Cedar River.

By 1883 a Chippewa Methodist missionary by the name of Peter Marksman lent the Potawatomi at Cedar River monies to establish a permanent location around the towns of Harris and Wilson. Eventually, the reservation became known as Hannahville, named after the wife of the missionary.

The Potawatomi Tribe as a whole, has resided in the Great Lakes area for over 500 years. With they Ojibwa and Ottawa they formed the Council of the Three Fires. All three as Anishnabek (The People or Good People) of the Algonquian linguistic stock, and the name Potawatomi is said to mean People or the Place of the Fire, Keepers of the Fire, and at times were referred to as “Fire Nation”.

Prior to 1450, they lived further north in the upper Great Lakes, but then they begin a migration the led them to the south to settle in warmer climates and better agricultural lands. The rich soils along the eastern shore of Lake Michigan and into northern Indiana and Illinois and southeastern Wisconsin now became their new homelands. By 1550 they had established dozens of villages in what is now Michigan from Ludington to the north to St. Joseph River area in the south, and again in the northern regions of Indiana, Illinois and southeastern Wisconsin. They first encountered the French explorer Jean Nicolet in 1634 in the Detroit area.

The Potawatomi traditional means of subsistence included farming, hunting, fishing, gathering of wild fruits and berries, and later lumbering. Their bands lived in clan-based villages which were more complex then those of the Ojibwa or Ottawa as it relates to dodem and extended family structures duties, roles and responsibilities and social interactions protocol, because their communities were larger and necessitated it be so.

Hannahville is a growing and diverse community located in the heart of Michigan’s Upper Peninsula.

With the introduction of gaming in the 1980’s, the tribe has grown tremendously from a fledging, struggling community subsisting on minimal federally funded dollars to a growing and prospering community that is becoming a key driving force for the entire Central Upper Peninsula.