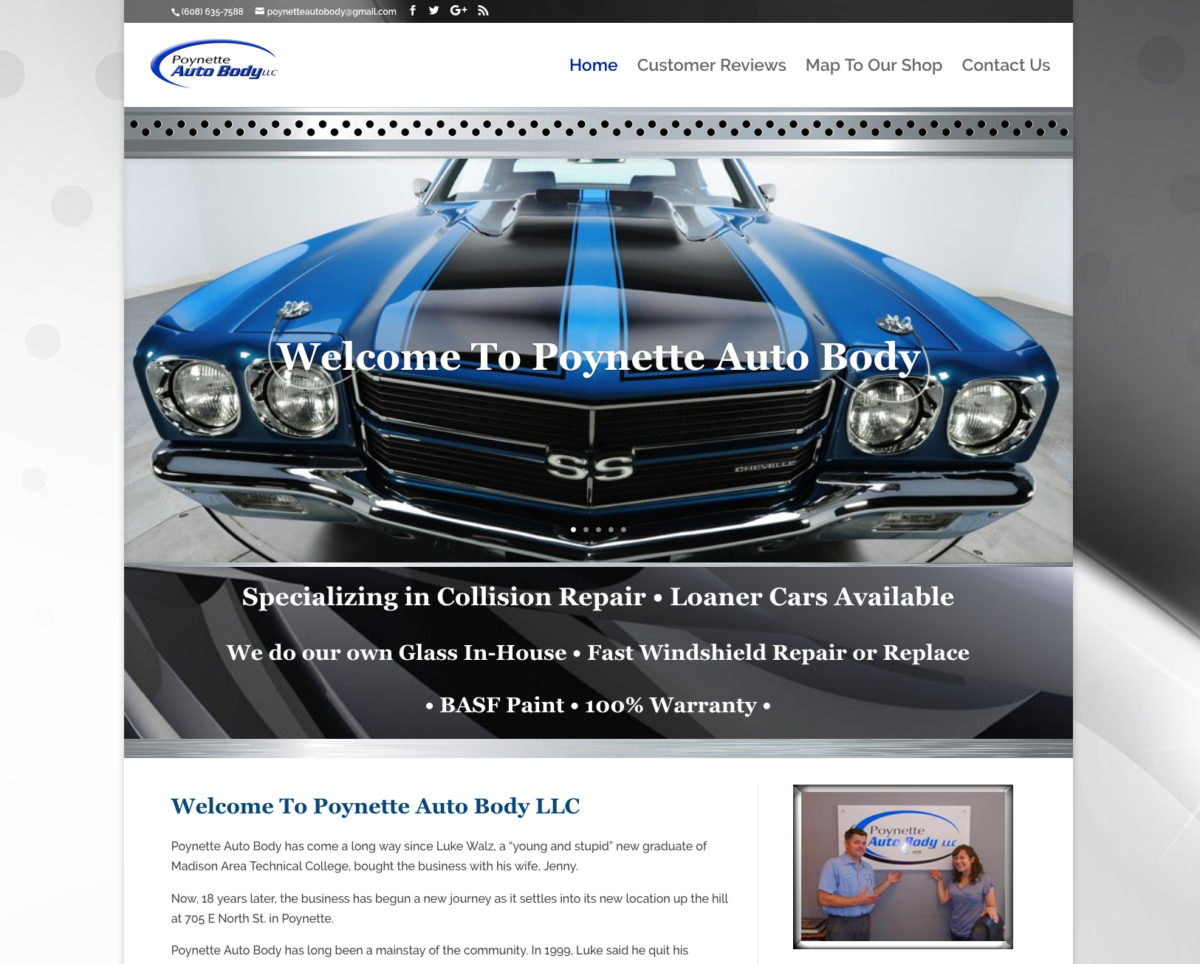 Poynette Auto Body has come a long way since Luke Walz, a “young and stupid” new graduate of Madison Area Technical College, bought the business with his wife, Jenny.

Now, 18 years later, the business has begun a new journey as it settles into its new location up the hill at 705 E North St. in Poynette.

Poynette Auto Body has long been a mainstay of the community. In 1999, Luke said he quit his technician job in Madison “cold turkey” after six months and moved to Poynette because he learned the Auto Body’s former owner was looking to sell.

The Walzes bought the shop in the spring of 1999, close to their one-year marriage anniversary. Three months later, their daughter, Grace, was born. And from there, the family and business continued to grow – they have five children and the shop has seven employees.

“They haven’t kicked us out of town yet, so we’re still here,” Walz said.

Until now, the shop operated out of a nearby building, less than a half mile away on North Street. But Walz said Poynette Auto Body had exceeded the space.

“It was really difficult because as a growing business we have a growing customer base,” Walz said. “…And we want to make sure everyone is taken care of in a timely manner. So when you’re scheduling three, four, five weeks out … you’re doing them a disservice.”

Luke and Jenny searched for years for a new location, and when a machine shop near the fire station went up for sale, they pounced.