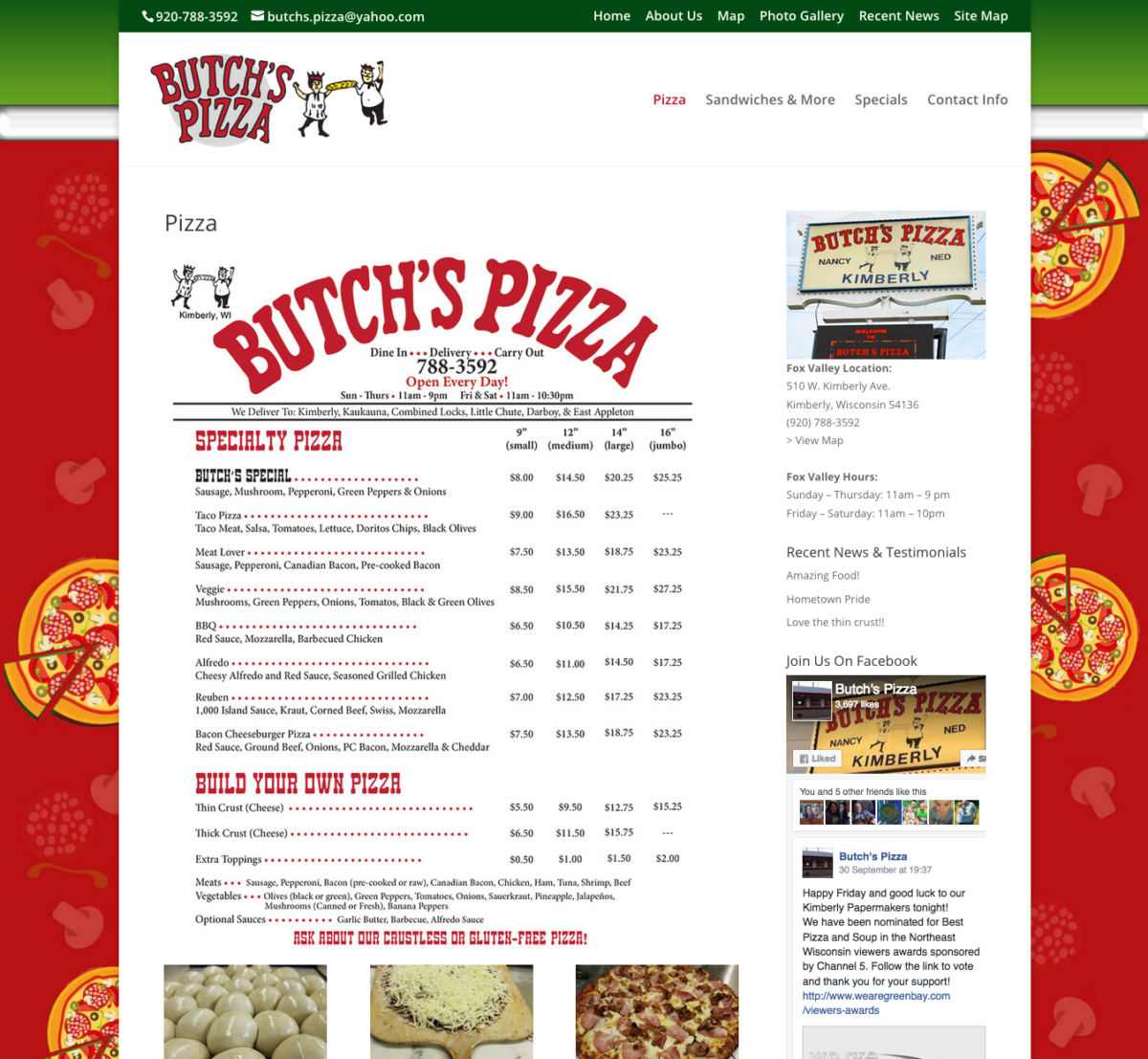 Welcome To Butch’s Pizza Online!
Dine In, Delivery or Carry Out 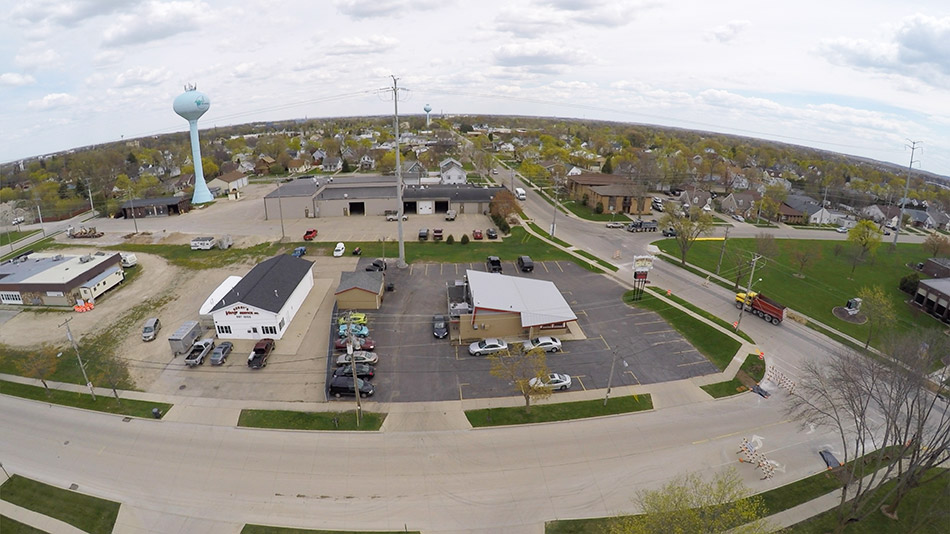 Butch’s Pizza has been serving the Fox Valley since 1968!   They invite everyone to enjoy the best home-style pizza in town.  All of our pizzas are made at time of order.  Check out our menu for specialty sandwichs, Friday nite perch fry, and beverages from Sprecher and New Glarus  Spotted Cow on tap

Reader question: Regarding Butch’s Pizza in Kimberly: I have viewed their television commercial and it appears Ned has sold the business. Is that true?

Answer: Yes. The longtime pizzeria in Kimberly changed hands but ownership stayed in the family.

The commercial features longtime former owner Ned Montanye and new co-owner Mike DuFrane, his brother-in-law. Their wives, Nancy Montanye and Missy DuFrane, are sisters. A third sister, Tammy Michalkiewicz, has been Butch’s Pizza general manager for more than 20 years. Members of the next generation also work in the business.

The business actually changed hands a year ago, in late 2013, when Ned and Nancy Montanye decided to retire.

In 1968, Ned Montanye, then 21, bought the business from Hintz and operated it in various locations, including a Quonset hut in Appleton and another building in Combined Locks, before settling in 1986 at 510 W. Kimberly Ave. in Kimberly.

Since the sale, the building has been repainted inside and out, but operations, recipes and the staff have remained essentially the same.

“People ask if we’ve changed the recipes, but we haven’t,” Michalkiewicz said. “We try to keep things the same because that’s what people want.”

Incidentally, the original owner of Butch Pizza’s, Butch Hintz, is still working full time as a parts delivery driver for Automotive Supply in Appleton. “I’m only 72,” Hintz said. “As long as I can keep going and have fun, I’ll keep doing it.”