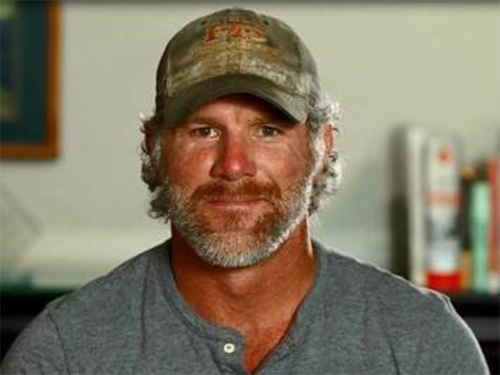 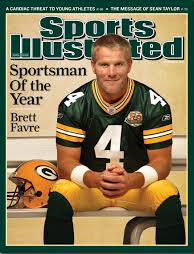 Favre started at the quarterback position for the University of Southern Mississippi for four years before being selected in the second round of the 1991 NFL Draft by Atlanta (33rd overall). He was traded to Green Bay on February 10, 1992, for the 19th pick in the 1992 NFL Draft.

Favre became the Packers’ starting quarterback in the fourth game of the 1992 season, stepping in for injured quarterback Don Majkowski, and started every game through the 2007 season. He was traded to the New York Jets and started at quarterback for the 2008 season before signing with the Vikings on August 18, 2009 as their starting quarterback.  He made an NFL record 297 consecutive starts (321 including playoffs).

The legendary quarterback will have his name put on the Packers Ring of Honor at Lambeau Field during a game against the Bears on Turkey Day ~ November 26, 2015.