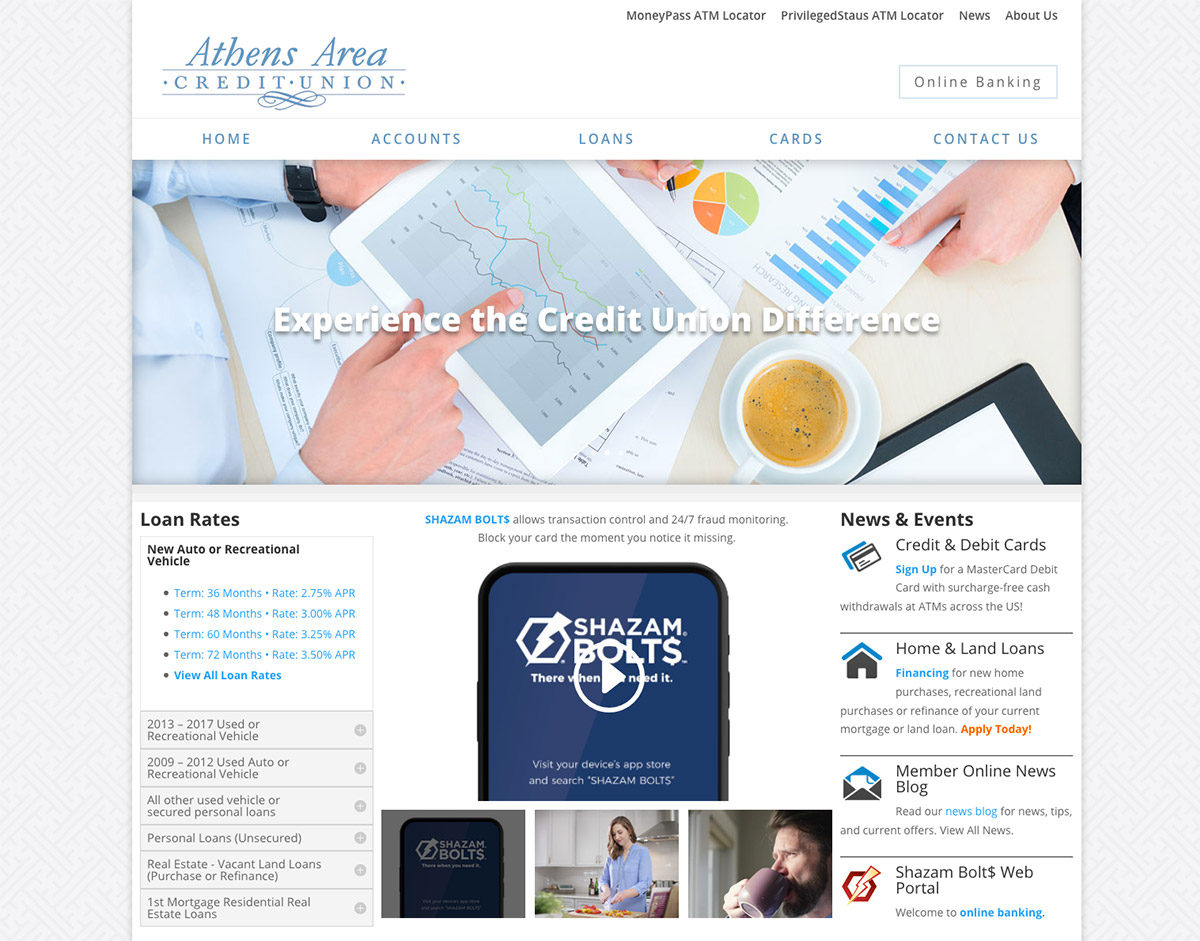 Formed in May of 1959, the credit union was originally known as “Athens CO-OP Credit Union.” The first board meeting was held June 30, 1959, at the Athens Community Hall. There were 23 members.

As a part of the Athens CO-OP, the Credit Union was established to grant loans to aid the local community with their farm supplies and equipment purchases. Business was conducted at the cashier counter of the CO-OP, with the entire Credit Union membership files occupying one single drawer.

By December 31, 1984, 25 years after its organization, the Athens CO-OP Credit Union had reached over one million dollars in assets with nearly 800 members. Its continued growth made it evident that the Credit Union could no longer adequately function within the CO-OP’s business offices. In March 1986, the Credit Union celebrated the grand opening of its newly constructed building and officially moved to its current location.

With an expanded office space, the Credit Union was now able to offer additional services. With a staff of only three, Athens CO-OP Credit Union started processing real estate loans in 1988. In 1989, NCUA Insurance coverage for account holders was obtained and Individual Retirement Accounts were added.

More than fifty years later, the Athens Area Credit Union is proud to be able to provide a full range of services with minimal fees. With assets in excess of thirty million and more than 3,000 members, the credit union continues to strive.